Fashion brands with a foodie twist.

Fashion brands invest in food concepts to create extra value for retail stores.
The right food concept can make a connection on a whole new level.

We will take you on a journey around the globe to see what the world's leading brands are working on foodwise.

Who's next? Happy to help! 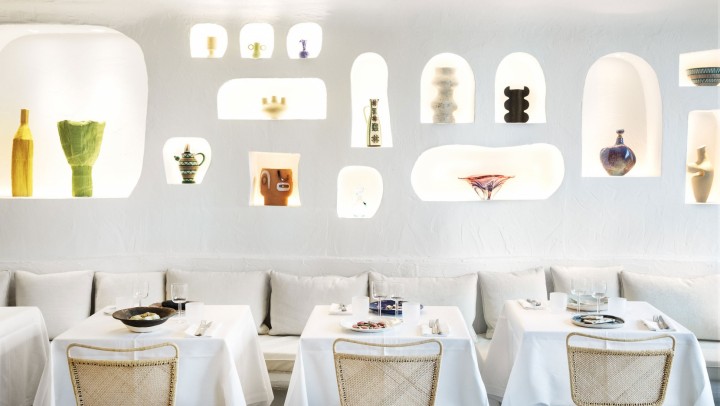 French fashion designer Simon Porte Jacquemus has a taste for entrepreneurship. Literally. After opening Café Citron in the Galeries Lafayette a year ago, a second store followed in September last year in the same luxury department store: restaurant Oursin.
As in Café Citron, Jacquemus leaves the culinary management to the managers of Caviar Kaspia in Paris. Oursin is a Mediterranean restaurant, so chef Erica Archambault mainly serves up pasta dishes, salads and seafood. For the interior, the fashion designer was inspired by the typical white houses along the coast of the Mediterranean. 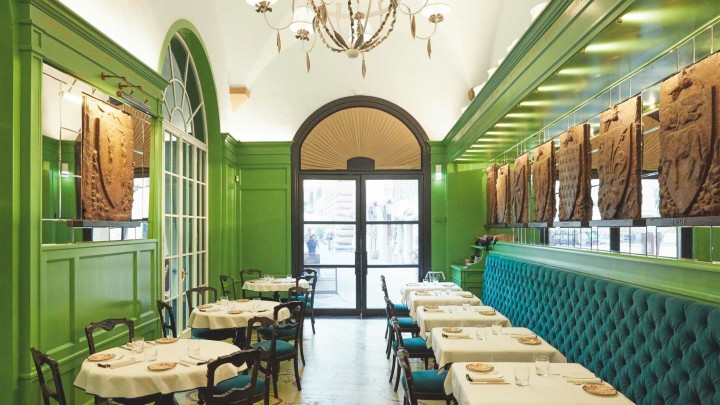 Gucci doesn't believe in half a battle. When they open a restaurant, they do so with the best chef in the world. And this was chef Massimo Bottura of Osteria Francescana in Modena in both 2016 and 2018. Thus, Botturacc- a childhood friend of Marco Bizzarri, the CEO of Gucci - is now also the chef of "Gucci Osteria da Massimo Bottura" in Firenze.

The menu features Italian classics such as tortellini filled with parmesan cheese, mushroom risotto and cacio e pepe. But Bottura, just like the fashion brand, also likes to give things a creative twist, with a luxury version of the hot dog, a hamburger and a dessert including pina colada. 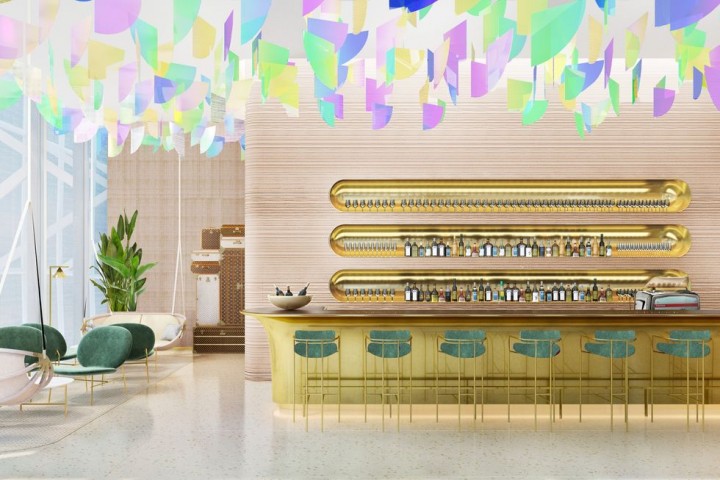 With pasticceria ‘Cova’, Louis Vuitton already has a successful foodie brand in his portfolio. Cova not only has branches in Milan and Monte Carlo but also in Dubai, Hong Kong, Shanghai, Japan and China. Apart from that, the luxury brand is not used to opening restaurants at its boutiques. However, when you own a building in Osaka, designed by the Japanese architect Jun Aoki, it is a small effort to also provide a restaurant with the name, 'Le Cafe V', on the top floor of that building. 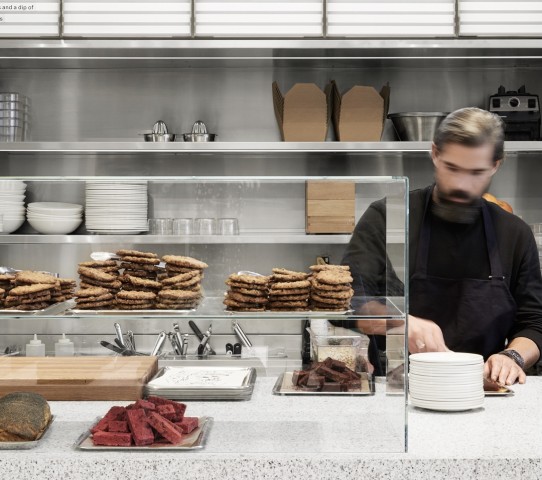 The New Nordic Food Manifesto is a document that established in 2004 the main values of Scandinavian gastronomy; freshness, simplicity, respect for the seasons etc.
The Manifesto formed the fundamental basis of the Arket Café, an integral part of the Arket store concept of the H&M group.
But all this theory fades into oblivion when tasting Arket's legendary "cinnamon bun", a pastry that has achieved an iconic status among fashion-loving audiences since its launch in 2017 and makes you forget about anything else for a brief moment. 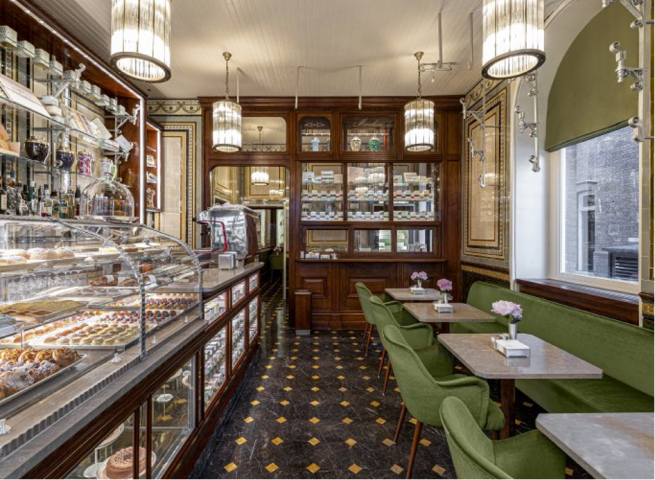 You're only a real Italian when you start the day in Milan with a cappuccino at Marchesi. Preferably while standing up, and with a small homemade biscuit on the side.
The owner of Marchesi, the luxury group 'Prada', first set eyes on the pasticceria 'Cova' in Via Montenapoleone. However, it was LVMH who eventually bought the Marchesi brand. In 2014 they opened a branch, right across from the Cova… After the handbag war, the luxury groups were therefore also fully involved in a pastry war. 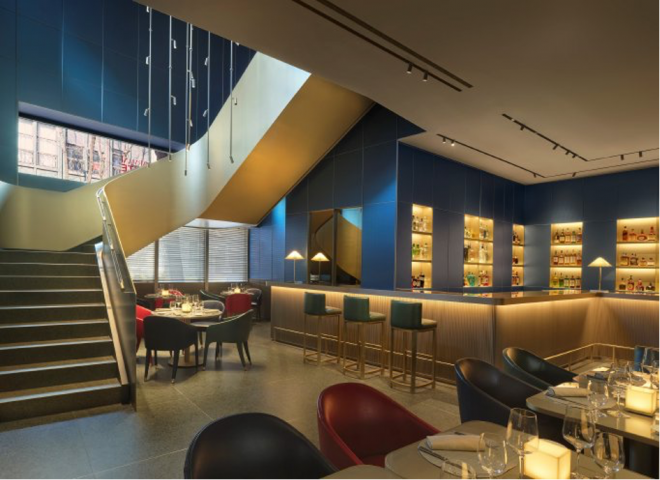 When it comes to fashion brands throwing themselves into the hospitality industry, Armani is, without a doubt, the pioneer. The Italian fashion label already opened its first restaurant in Paris in 1998. There are now more than 20 Armani restaurants worldwide, most of them located in Dubai and Milan. One of those Milanese restaurants and the Paris branch have even been awarded a Michelin star.
The Armani restaurants are not only good advertising for the various fashion labels from Armani but also for Armani / Casa. This interior label was founded in 2004, which happens to have many restaurant-worthy tables and chairs in its collection. 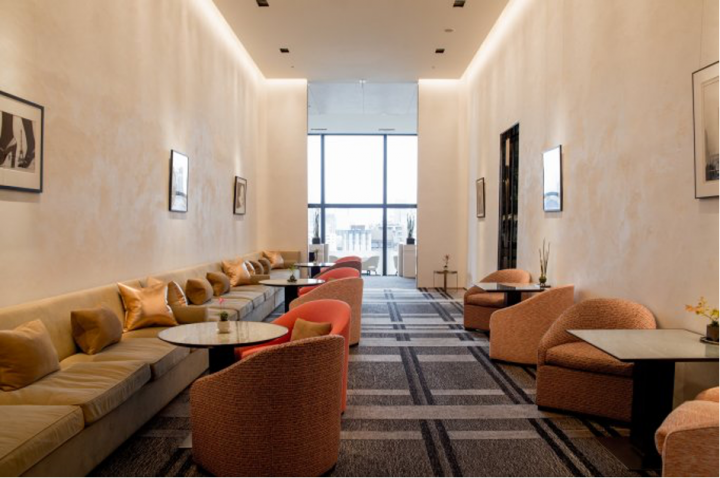 When we say that there is too much beige in the world, we are not talking about Chanel's restaurant of the same name in Tokyo. It already has two Michelin stars, which is hardly surprising when you know that its kitchen is led by the legendary chef, Alain Ducasse.
On the menu, you'll find a better French cuisine, but with local ingredients. In the interior, lots of beige, of course. It's a reference to one of Ms. Chanel's motto: "Simplicity is the essence of elegance.".

5 true. take out favorites to get through the second lockdown